If you have questions, comments, or suggestions, please send me an email.

What does Argus Menu show?

The purpose of Argus Menu is to show you what's happening on your server right now. It reports the percentage use of your Linux server's CPU and RAM, how much data is on your disk, and your network activity. You can see your amount of storage left, and how much data is being uploaded and downloaded on your main network interface. The image here is a reference to the radial graphs on CPU and Memory.

What Linux OS's are supported?

Argus Menu has been tested against Ubuntu 16.04 and later, Debian 9 and later, Fedora 30 and later, and CentOS 7 and later. As of v1.2, Argus Menu also supports Raspberry Pi devices running Raspbian! However, there's a good chance it should work on any Linux that uses systemd, so if your Linux of choice isn't one of these, give it a shot and let me know!

Where does Argus Menu get its data?

Argus Menu relies on an application to be installed on your Linux server, called argusd. During server setup, you'll be guided through the steps of installing the daemon. It's super-simple.

argusd is an application, written in Go, that interfaces with your Linux system to provide the metrics necessary to report on your stats. It opens a socket connection to your Mac's copy of Argus Menu to stream the server metrics. During setup of a server, you're guided through installation of argusd, which means running an installer script and providing sudo permissions. The script downloads and installs argusd in /usr/local/bin, and then creates a systemd service to ensure it's always running. If you ever change your mind about using Argus Menu, you can uninstall argusd with a single button push.

How do I setup a server? 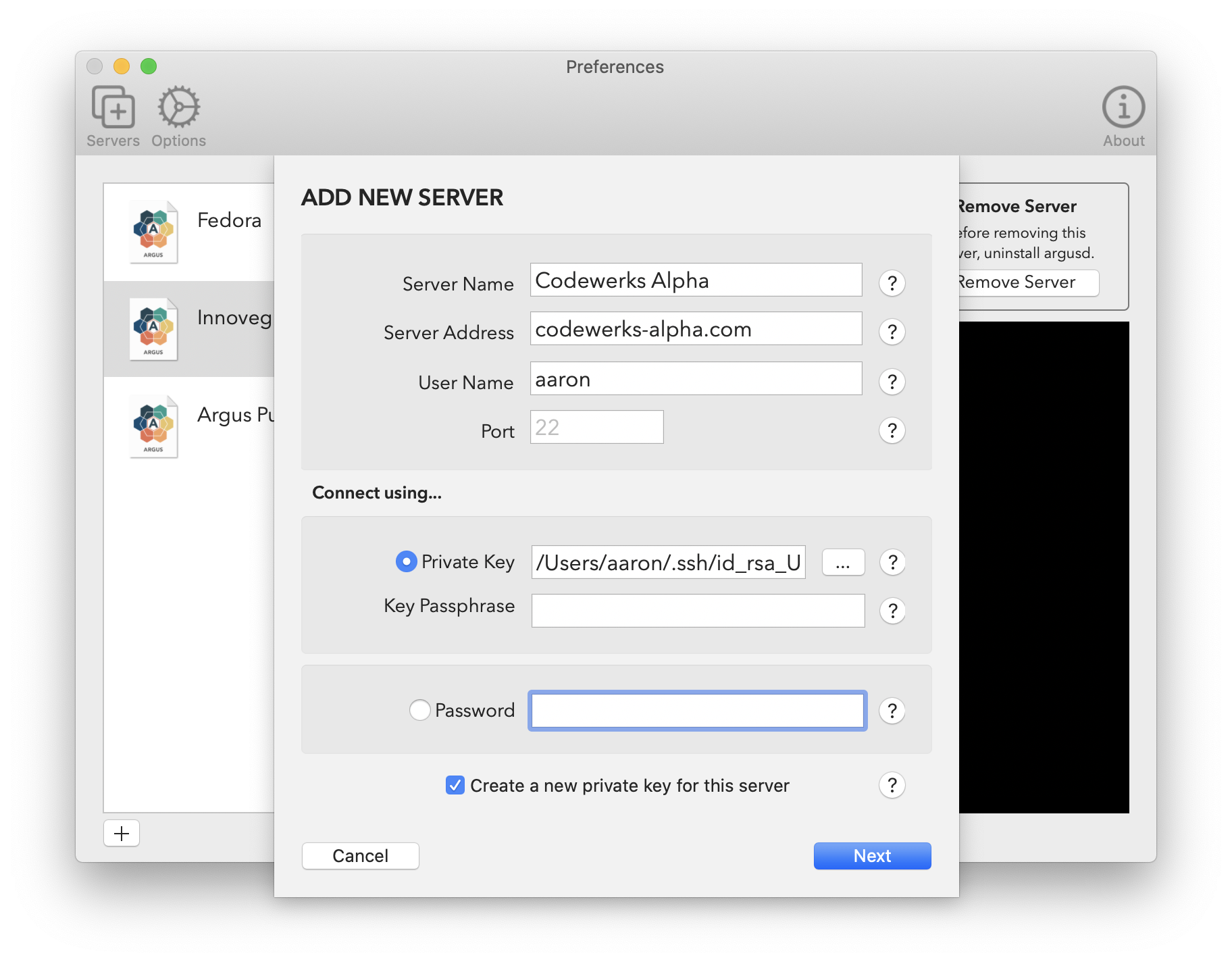 It's quick and easy.

Once you hit Next, Argus Menu will test your connection. If it's successful, you'll proceed to installing argusd. 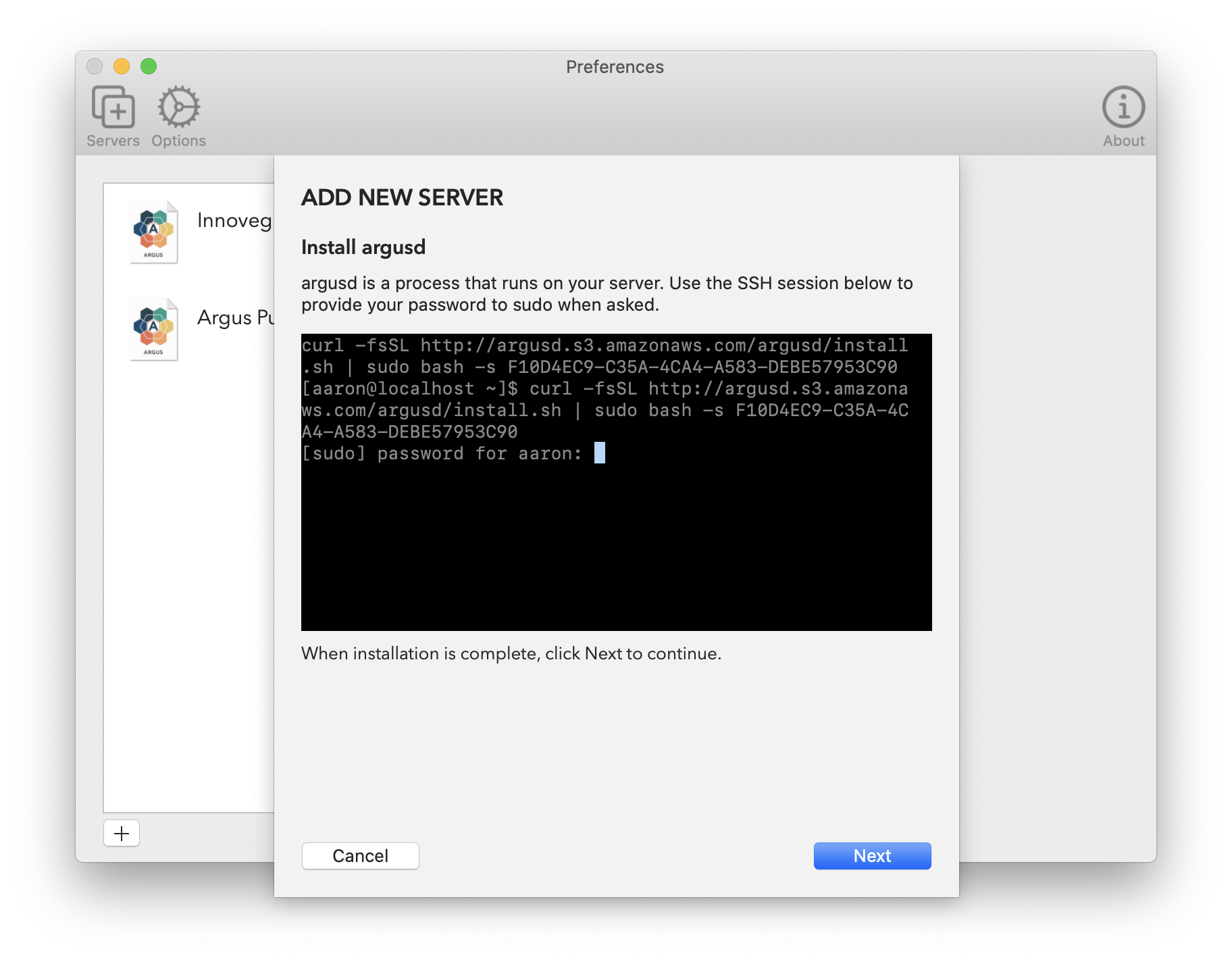 How secure is this thing?

I've made every effort to ensure both Argus Menu and the argusd daemon process are secure. Here's how it all works.

If you have any questions or suggestions to improve Argus security, I'd love to hear from you!